Jackson Hole’s Heart: A look into The National Elk Refuge 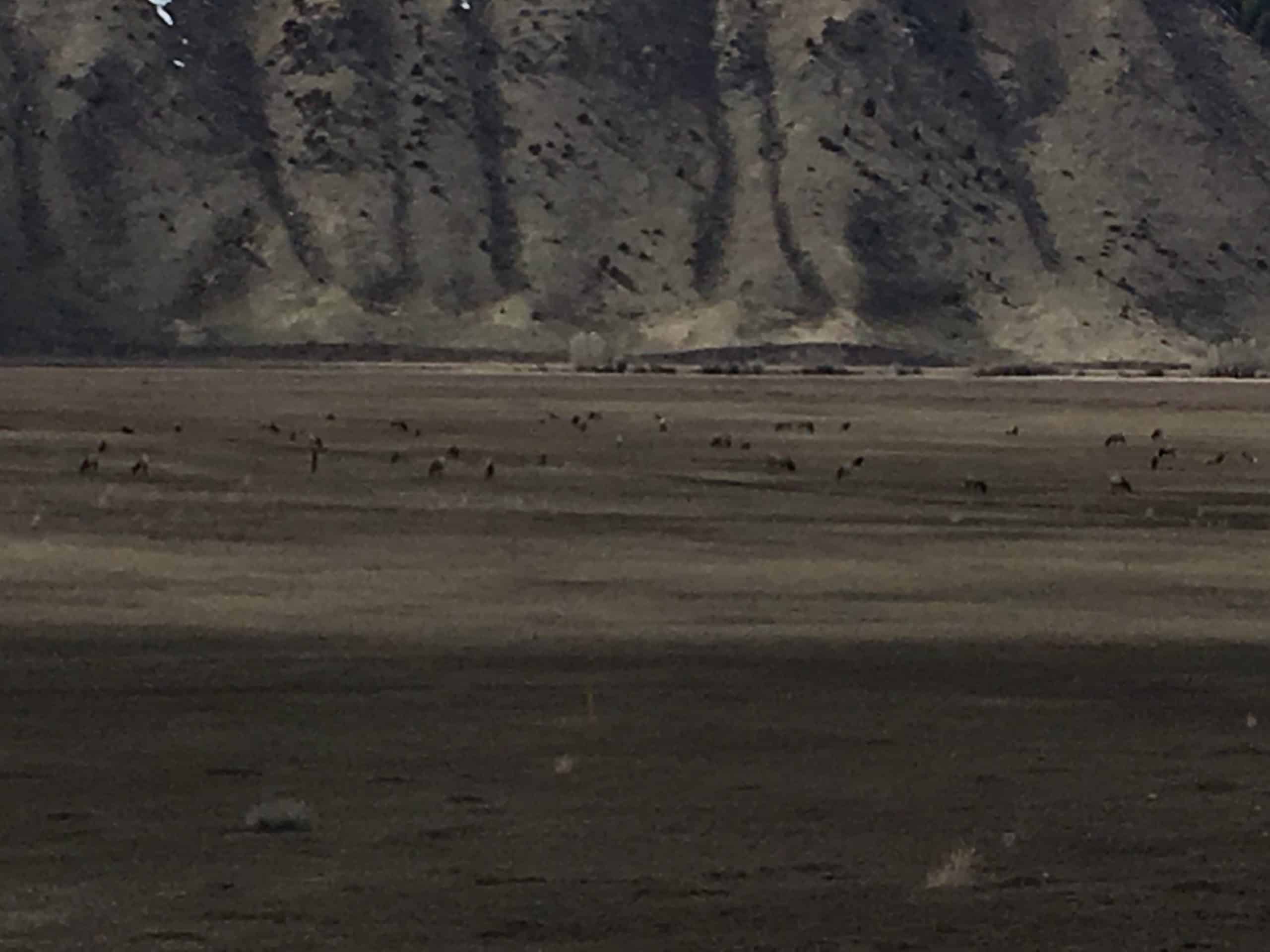 Today (a cloudy, cold spring afternoon) we decided to take a drive behind the National Elk Refuge. (What else is there to do with all this mud?!) Curious to see how many elk were still on the refuge, we also wanted to see the big horn sheep that winter on the butte! The snow had started to melt (finally!!) and the elk had started to head north to there winter range. The only thing preventing them to travel to their summer destinations are the heavy snow storms we have had in the valley and the accumulating inches of snow still in the high elevations. (Don’t let the town of Jackson fool you! Togwotee is still as white as a dove!) For now, the elk will stay in limbo (a few still on the refuge and a few between the refuge and summer ground).

So how about some background on the refuge?!

The National Elk refuge was started in 1912 and still remains today. Isn’t that crazy?? The purpose for the creation of the refuge was to provide elk with a winter range and to prevent them from starving. In the early 1900s, as settlement moved into the Valley of Jackson Hole, elk were attracted to the ranchers’ haystacks. (Free food! Why not??) However, ranchers couldn’t afford to feed their livestock AND several thousand elk, so they would have to build fences around their haystacks to keep the elk out of the hay. This would ultimately cause the elk to stay around the ranches (plotting and trying to get to the hay) but they wouldn’t have much luck and starve to death. Because the die-offs were so great, in 1908 and 1909 the National elk refuge was formed! (Yay! Elk live!)

Today elk are fed all throughout western Wyoming. Not only does the National Elk Refuge Provide supplemental feed for these animals, but there are also 23 other feeding areas managed by the State of Wyoming (Go Wyo!).

However, feeding elk has been a controversial topic for years. One side of the spectrum is about nature and how it takes it’s course. Some say it’s not natural and the concentrated populations of elk will spread disease and create a massive die off. On the other side, some people admit that if we stop feeding elk, there will be a tremendous decline in the country’s largest population of elk. (Did you know that?! The Jackson heard has been counted for up to 11,000 elk making it the largest in the country!)